Some years ago I heard of a plan to build a Memorial in London to honour and remember the animals who served, suffered and died with the British and Commonwealth Forces in the last century. It seemed an inspired tribute long overdue.

I was ‘fired up’ at once to make sure that the courageous Irish Terriers who had served in the trenches in World War I should be remembered.

In November 2004 I was thrilled and privileged to be at the unveiling ceremony and yes, they are there, our beloved Irish, the name carved in the stone and a jaunty head held high tucked under a goat’s beard!

I was moved to tears. We had raised sufficient funds to qualify as sponsors and there is a debt of gratitude to everyone dedicated generosity. We are, as yet, the only breed to be mentioned by name.

The Memorial is stunningly beautiful; a place of stillness and remembrance amidst the swirling traffic in London’s Park Lane.

Every animal from dogs, cats, goats, bullocks, mules, donkeys and horses to camels and elephants and of course, the messenger pigeons are carved exquisitely on a curved wall of Portland stone. There are beautiful bronze statues of a mule, a donkey, a dog and a horse all walking into a ‘better world’.

The Princess Royal unveiled the monument, a trumpeter sounded a call and a flight of pigeons flew up, up over our heads. I was filled with joy and thought at last the animals are remembered. 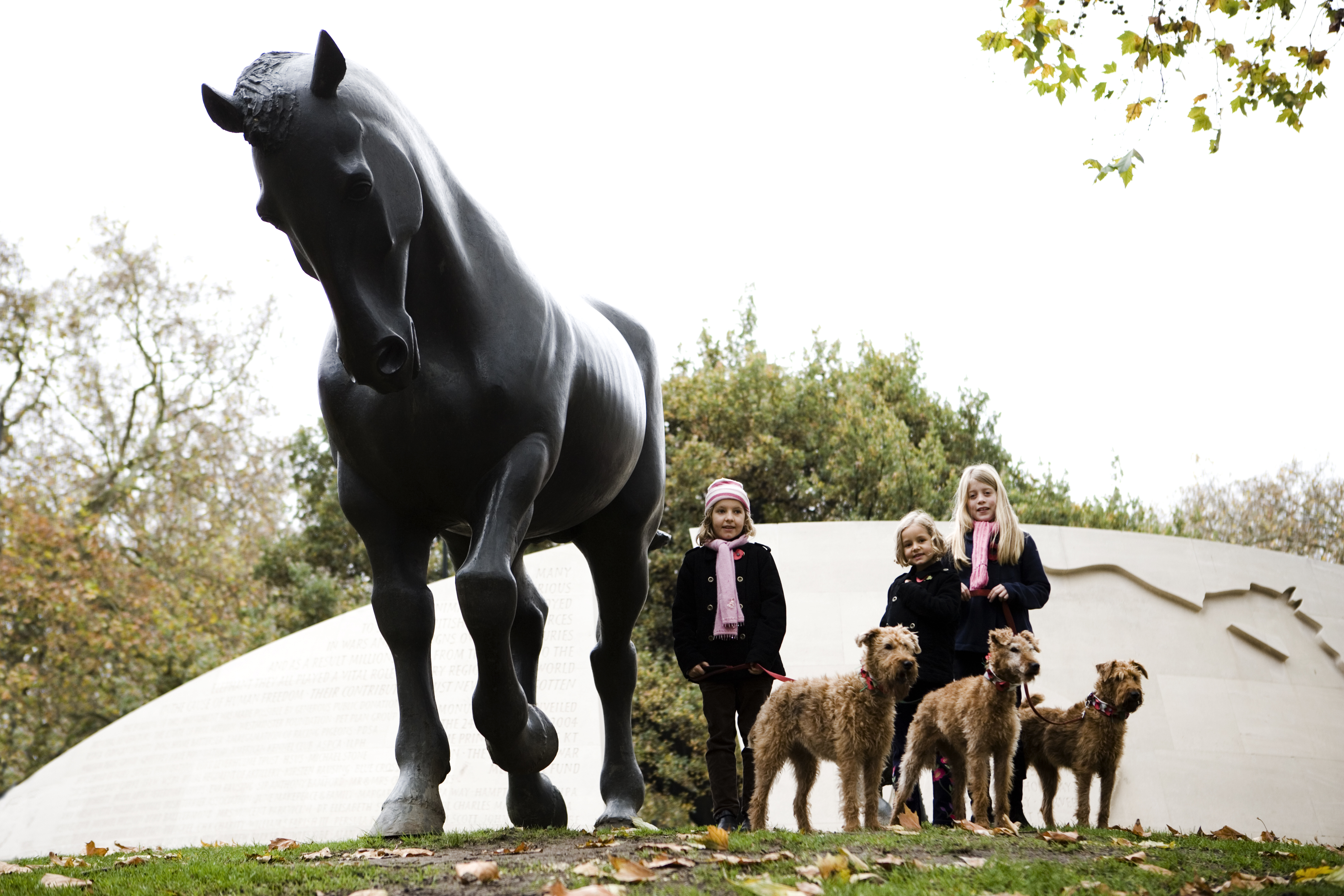 Georgia, Olivia and Imogen with Beegie, Zu and Tessie 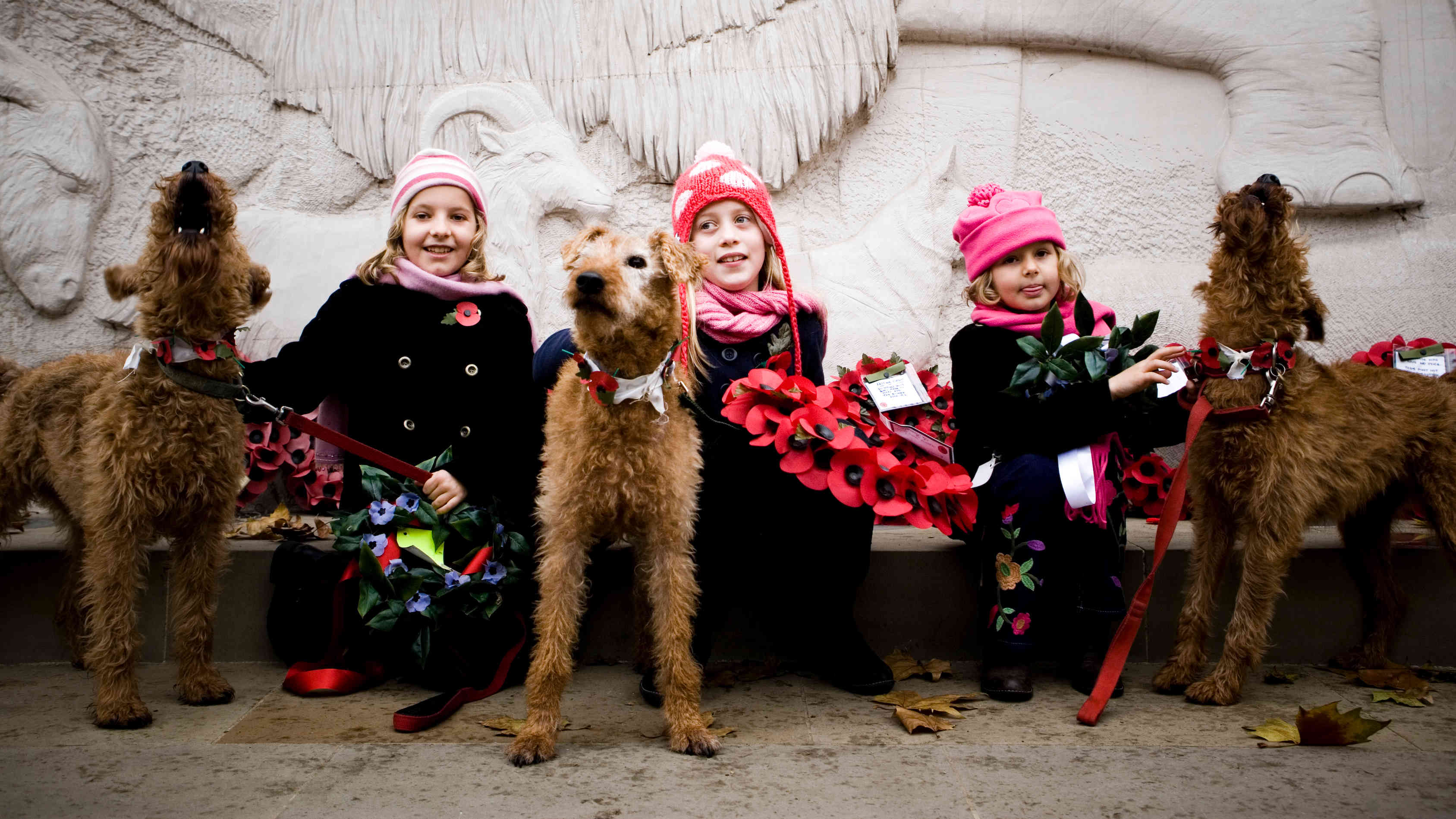 Georgia, Olivia and Imogen with Beegie, Zu and Tessie

This was the tribute to the Animal War Memorial, in the 2014 Irish Terrier calendar.

It is 100 years since outbreak of the Great War. We remember with gratitude and sadness the thousands of animals that suffered and died with their regiments. We salute our beloved ‘Micks’ who served with courage and daring in the trenches. James amongst the poppies

Also, here is the touching film created by uppercut films documenting our visit in 2014.