‘The poor man’s sentinel, the farmers’ friend and the gentleman’s favourite’. 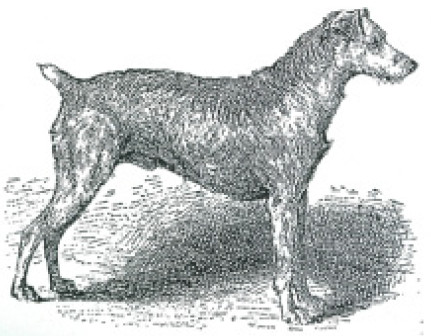 Terriers derive their name from the Latin ‘terra’ meaning ‘earth’. Recognised and classified as a group by the Greeks and Romans, they were dogs of varying size that hunted by digging into the earth to catch rodents, rabbits, moles or any small animal on which they could feed.

The Irish Terrier in all probability, goes back in time to the terrier bred by the Ancient Britons, Greek writers of the time claimed that its breeding ‘was carefully cultivated from one generation to another’.

This ancient, rough-coated black and tan terrier evolved eventually into the breed developed in Ireland, whose qualities were hardiness, courage, unsurpassed skill as a ratter and a temperament ideally suited to living closely with people. The resemblance to the Wolfhound in coat, colour and outline suggests a relationship with that ancient breed. 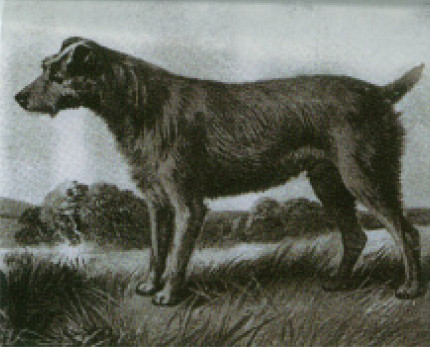 Over the centuries the breed was perceived as the perfect all-round, all purpose terrier… sturdy and strong enough ‘to protect the potato patch. but unlikely to eat you out of house and home’, courageous, indomitable, swift enough to catch small game but loyal and loving with children.

There has always been a need for such a dog. Long before Irish terriers were officially recognised, medium sized rough-coated terriers formed an essential part of the life of the humbler Irish families who gained a precarious living from a few acres of land. Here was a dog with intelligence, courage and the ability to guard against intruders, kill the rats that abounded, yet live in peace with the ‘family and other animals’.

Irish manuscripts refer to them as the ‘poor man’s sentinel, the farmers’ friend and the gentleman’s favourite’. And so they have remained… we say they are the deal ‘town and country’ dog fitting in happily wherever they may find themselves. 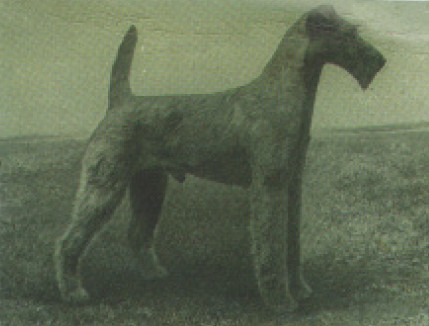 Irish Terriers emerged as a ‘Breed’ in the 1870s when showing dogs was becoming a fashionable pastime and good money was to be made from the sale of puppies.

Various strains of the terrier had evolved and at their first show in 1873, they differed enormously in size and colour. There were however, some characteristics common even then… the wiry water resistant coat, good length of body and the famed Irish temperament… bonny, sensitive and courageous, already the thinking dare-devils. 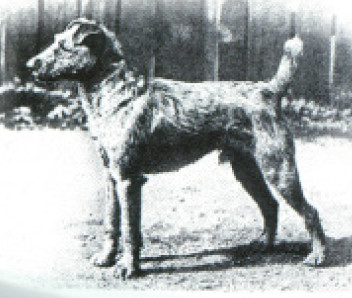 In 1879 the first Irish terrier club was formed in Dublin and a Breed Standard was drawn up. The rise in their popularity at the turn of the last century was enormous. All terriers were hugely in fashion but even King Edward VII chose an Irish – his beloved ‘Jack’ whom he titled ‘the best dog I ever had’.

Several more Irish Terrier Clubs were formed encompassing a wide spectrum of society, all enormous enthusiasts for the breed. They were in fact the first breed to ban cropped ears which was ultimately applied by the Kennel Club to all breeds. 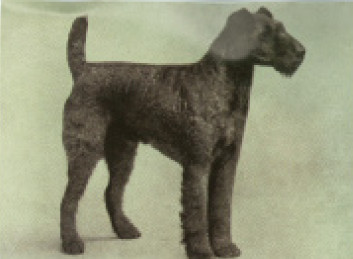 Perhaps the real ‘IrishAmbassador’ to whom most credit is due for producing the modern show standard Irish Terrier of today was William Graham. The dogs that passed through his hands are nearly all the dogs that established and made history for the breed.

Champions Erin. Sporter, Pagan. Breda Mixer, Breda Muddler to name but a few. Killiney Boy, however, is often referred to as the ‘Father’ of present day Irish Terriers and with Erin, produced some famous dogs eg Pagan and Playboy. There is a great deal of specialist knowledge available in the Breed Book Irish Terrier (tfh Kingdom). 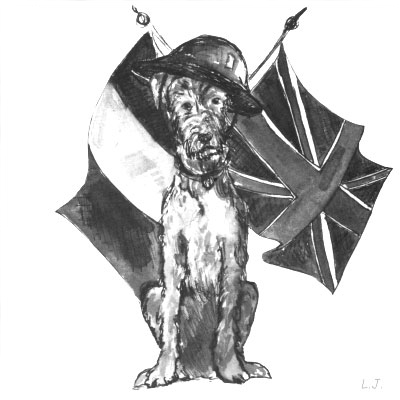 Jock of The Great War

It was the breed’s ready intelligence, ratting ability and sheer conviviality that threw them into such a prominent role in the First World War.

They performed acts of extraordinary courage as guard dogs and ratters and were wonderful companions for the soldiers. They served and died with the troops in the mud of Flanders and no breed was more highly regarded by Colonel Richardson who had set up the training scheme for the ‘soldier dogs‘.

They were affectionately referred to as the ‘Micks‘ or the ‘Paddys‘ and acquired the proud accolade of ‘Dare Devils‘. It was said they could work longer and harder on a bowl of biscuits than ‘any other living creature.

There was a decline in popularity for all the terrier breeds after the war. People were exhausted and traumatised. New breeds were appearing and the idea of making a ‘fresh start’ was in the air. Sales for puppies slumped and even a splendid exhibition sponsored by Gordon Selfridge at his London Oxford Street store failed to revive any real interest.

The Second World War brought the breeding of all dogs almost to a standstill. A handful of people managed to keep the breed lines intact and it is to those stalwarts that we owe a huge debt of gratitude to this day. Irish Terriers have always inspired enormous enthusiasm from those who love them and we can never overestimate their importance in preserving the breed – not least Edna Howard Jones the ‘Breezy line‘ and Norah Woodfield’s ‘Pathfinders‘.

Now classified as a ‘Heritage Breed‘, the Irish Terrier is much sought after and greatly esteemed both in the Show Ring and as family pets. There are many excellent, conscientious and knowledgeable Breeders and great care is taken with balancing puppy sates and the demands of the market.

They have remained hardy, intelligent, full of fun and high spirits and with that ‘X Factor’ which catches the heart of their owners. They are amazingly free from health problems and the occasional appearance of the ‘cracked pad’ condition, which is, in any case, a recessive gene, is dealt with swiftly and skillfully.

The emergence of a racy show terrier who looks splendid in the Ring has been inevitable and necessary. They are longer in the leg and the ears are carried higher than the original Irish. They are much more biddable today and many excel in ‘Obedience and Agility’ competitions. But the flame in their eyes is still the same – their intelligence and courage is intact and their deep affection for people is unaltered.

We say `No better dog ever lived’ and of course the Micks would agree! 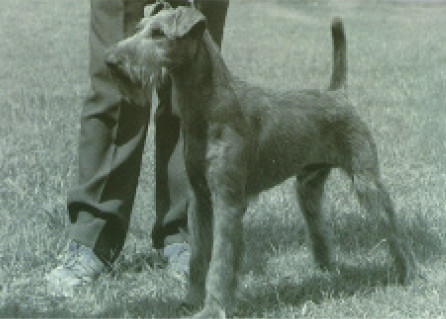 Even when they were known as ‘Irish Terriers’ and had been bred for show for generations, with recorded pedigrees, it was not at all uncommon for bitches to whelp black-and-tan pups in their litters. Today, as a throw-back, many pups are born with black down, which lifts and comes off within about eight weeks. Whenever and whatever its origin, the Irish Terrier emerged as a breed in the 1870s, although many breeders at that time claimed that the breed had existed 50 years earlier.