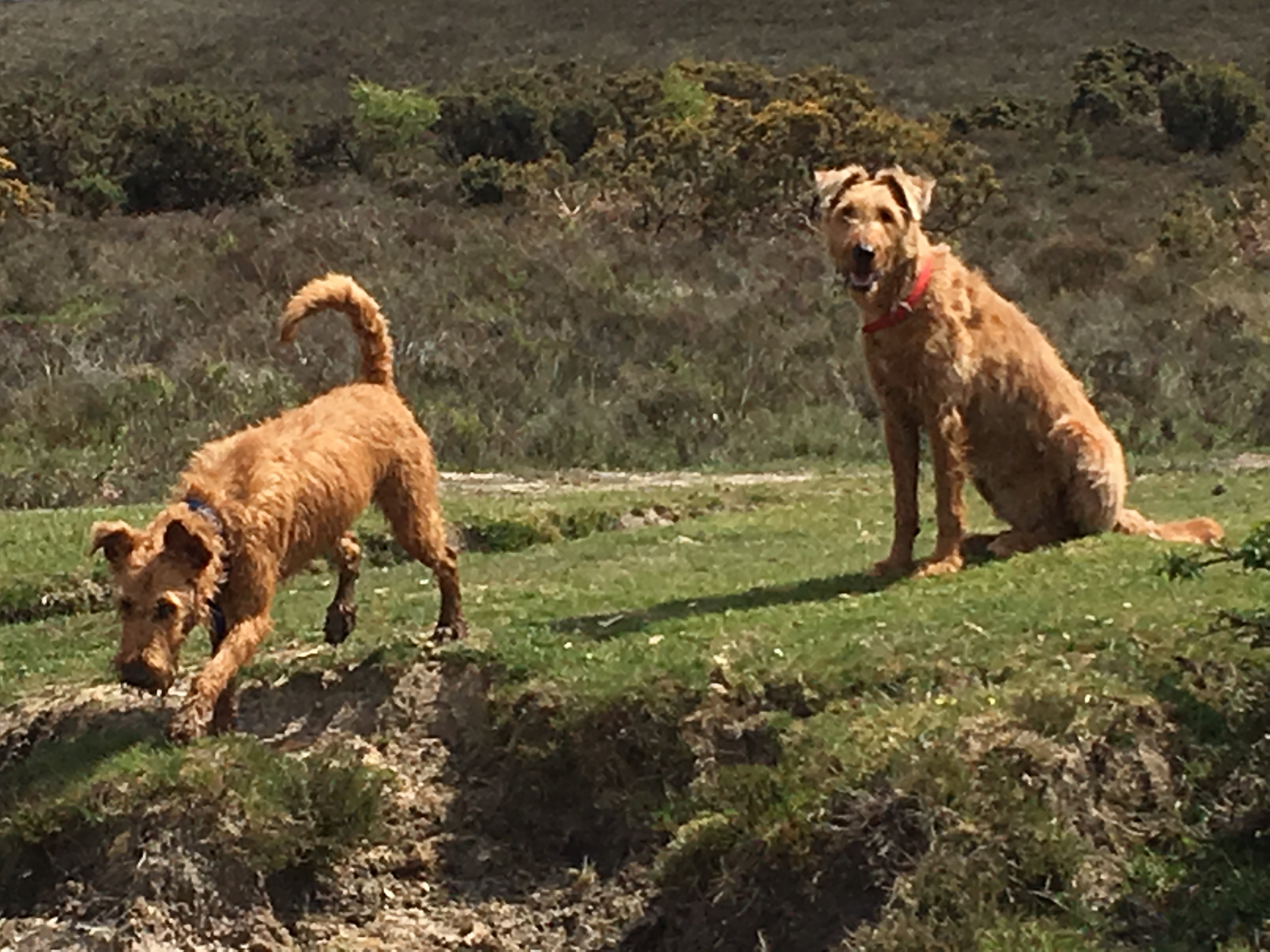 Walking on the marshes three weeks ago, I spotted with, much delight, the first swallows. They were swinging through the sky, like circus trapeze artists on high wires. Their  speed is sublime and their safe arrival a miracle for early summer . Forget my heart ‘stirring for the bird’ I was ecstatic. Miss Libbs gave me her ‘whats up with you look’ and put her nose back in a rabbit hole!

You needn’t be so snooty Libbs, we all do a love storming at times and this this is mine. But, alas, the swallows have not been seen again and there are no new arrivals. It’s seems they were hit by a freak storm flying by night over the Greek islands and thousands have perished.

It seems, however that a huge batch have made it to the Scilly Isles and will be here in a day or two — praise be!

I remember how we fretted about their ‘getting through ‘ during the war — but they managed and enough of them survived — the little brave hearts — to delight us still.

I am enjoying the easier pace of life in lockdown (I keep calling it lock up by mistake). One good thing is that I have managed to pass that hideous birthday when everyone with such kindly intent, send cards, congratulating one on achieving an unspeakable age — I say ” Its like a game of tag  and some of us escape for  a little longer”. My son Jamie’s was here and we tactfully ignored the date. But boxes of flowers were left at the gate by a nervous postman keeping his distance. Mary Bell who is our keeper of the gate ( self appointed) took agin them at once and set up a bark out protest which continued even as we unpacked them indoors. I was of course, very touched and grateful and the notes inside said rather sweetly — Your flowers are  only asleep — a good soak will awaken them. And it did — their were lovely.

I insisted on having a party in the Close on VE Day. I remember it well all those years ago. We were Maypole dancing and had just been given our frocks and bonnets. My gear was royal blue and I was thrilled with it. The planes suddenly appeared flying low over the village . The noise was deafening . Someone shouted ” the war is over — ‘we won the war’ — We all cheered and jumped about tangling our ribbens and tripping over our long skirts. The instant feeling of joy and relief was real enough but there was sadness too. We had lost two favourite uncles in the retreat from Tobruk, but no family had escaped the terrible tragedy of war . Uncle Geofrey was our cousin John’s father and we knew how much he had cried. 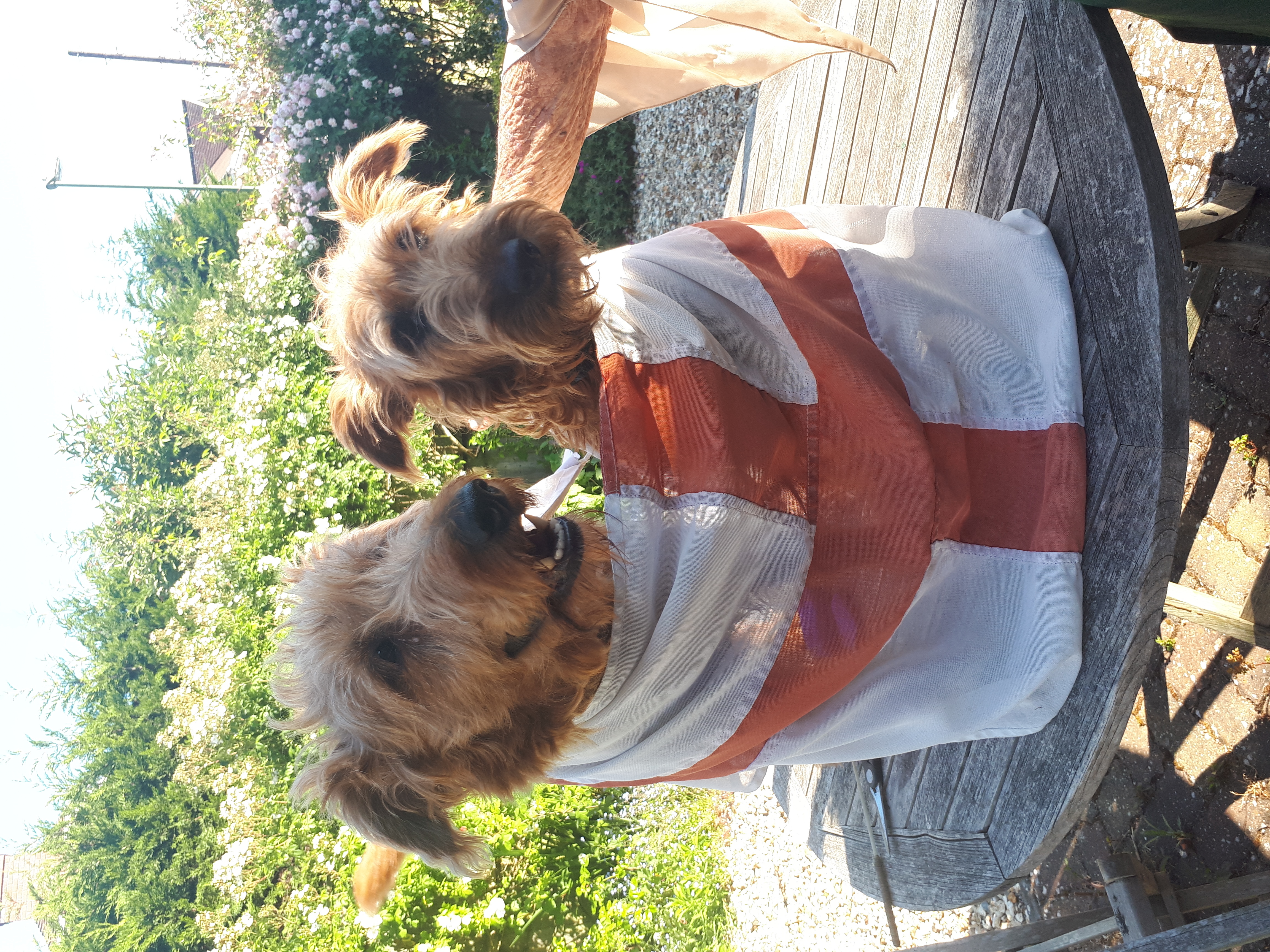 But Children have a natural cheerfulness and we loved all the celebrations that followed.

My most vived memory was the Parade through the village to the War Memorial and then on to the Church. It was led by my adored older brother, in his Scout uniform and wearing his ‘Medal for gallantry’ (he had rescued a child from drowning ). The troop followed behind pulling the cart bedecked with flags and bunting  and atop, reclining on the cushion was our Irish terrier ‘Jocky Boy’. Ronald used to say proudly he’s our mascot. Unfortunate he was no angel and was called in the village ‘that Irish rogue’. He was famous for turning up uninvited for all villages occasions. We took it in turns to haul him off home — motified of course! He was a most wonderful dog, waywood and full of fun. He busked for the War Effort and guarded the collecting  cart .He was the model for my book ‘Jock of the Great War’. The joy of Jocky boy has been an constant in my life.

Our party here was a very mild affair by comparison although there were moments of high drama when Mary b disappeared twice. Once she was found in a neighbour’s drawing room and the second time retrieved from another neighbour’s garden having noisy conversations with the cat . I think miss Libbs was over come with embarrassment and took herself off to sit behind our gate. She reappeared, however looking anxious when I was spinning around twirling and flicking a long blue satin ribben. 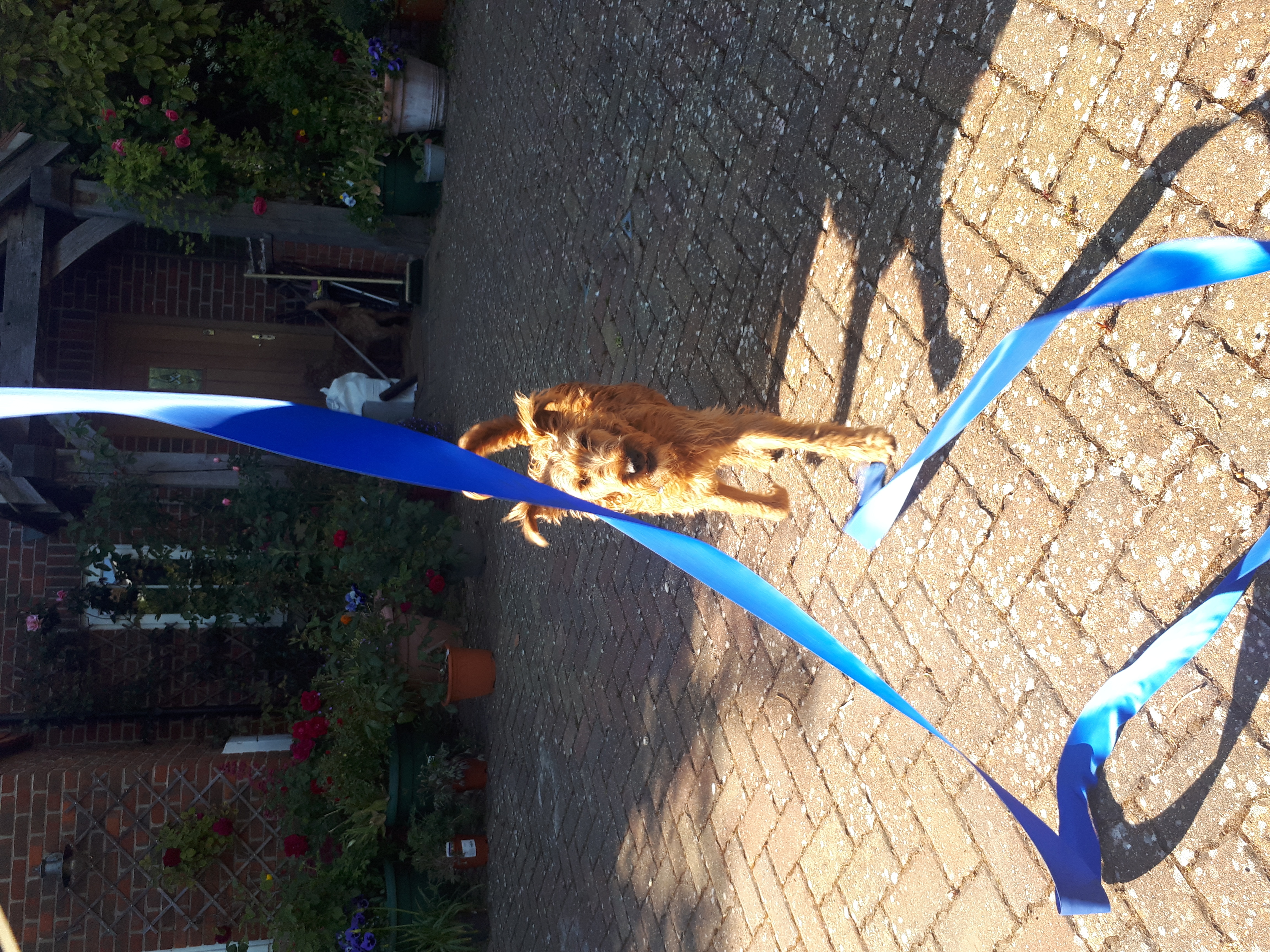 I think she was just checking that I was not behaving too indiscreetly. We had a glass of champagne and bag of crisps (no canapes please) and a posy of two roses as their ‘going home’ presents. The weather was perfect for the party and it did have a certain charm.

And the lovely weather continues. Those of us who enjoy a touch of gloom say ‘ well this is probably our summer ‘ — gone with the roses — which have all bloomed to early!

But  I have read more and talked more — and probably thought more than I have in years . Such bliss to have the time. 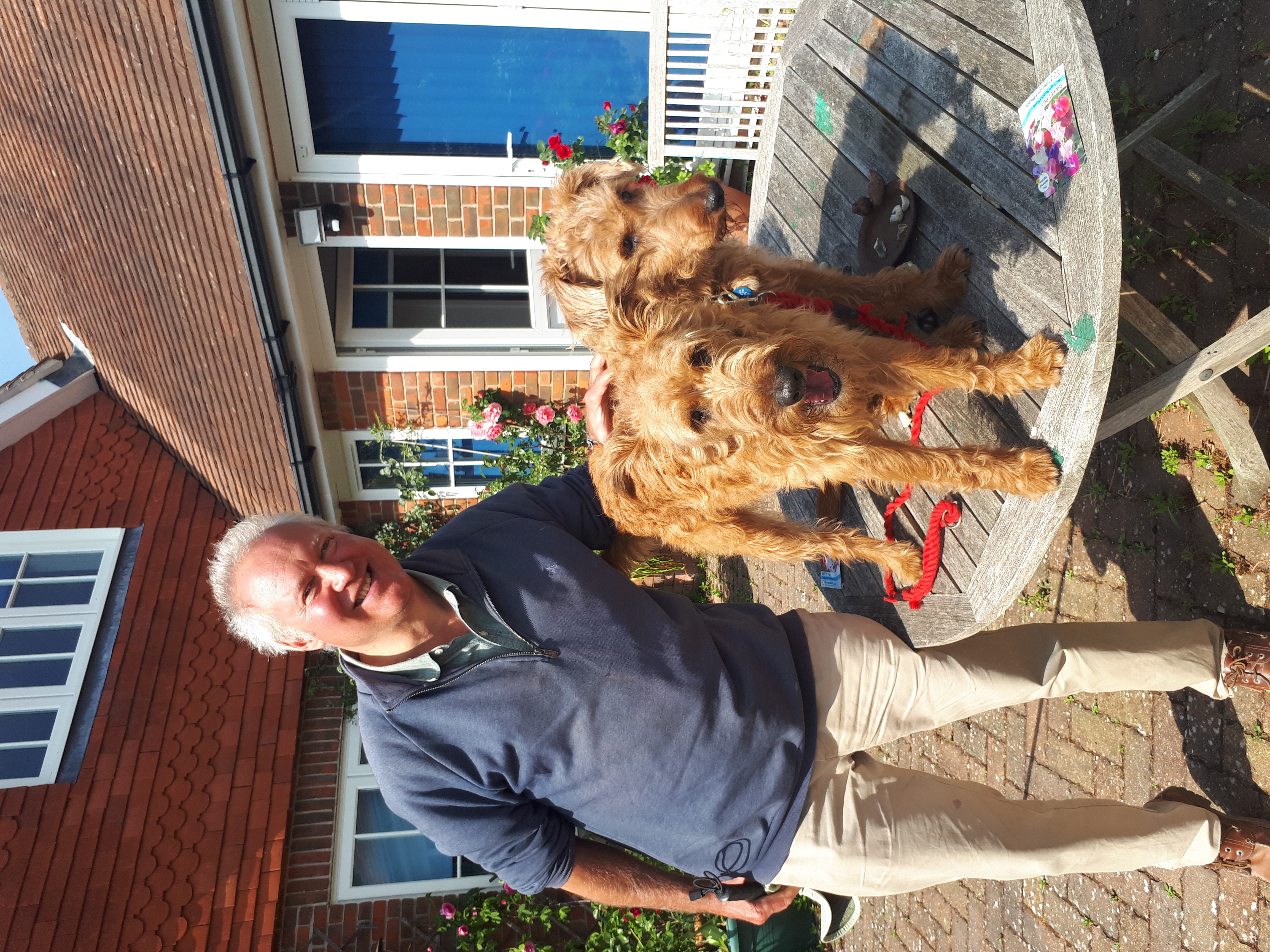 We were a bit down cast when Jamie went  back to London but my darling girls got out their tambourines and we were all swinging again in no time at all.  I do hope the anxiety over health problems and cash flow are not proving too overwhelming. It all seems so unfair!

With my kindest good wishes
and special love to the dogs Ella is our dog of the month!