This will have to be a scrappy letter as I am floundering around (as ever) sorting myself out for Stratford and Crufts, followed by a complicated 5 days in London. It is too difficult to take Libbs and Marybell — far too much waiting about in the car and exhaustion for me trying to keep them properly exercised and entertained! 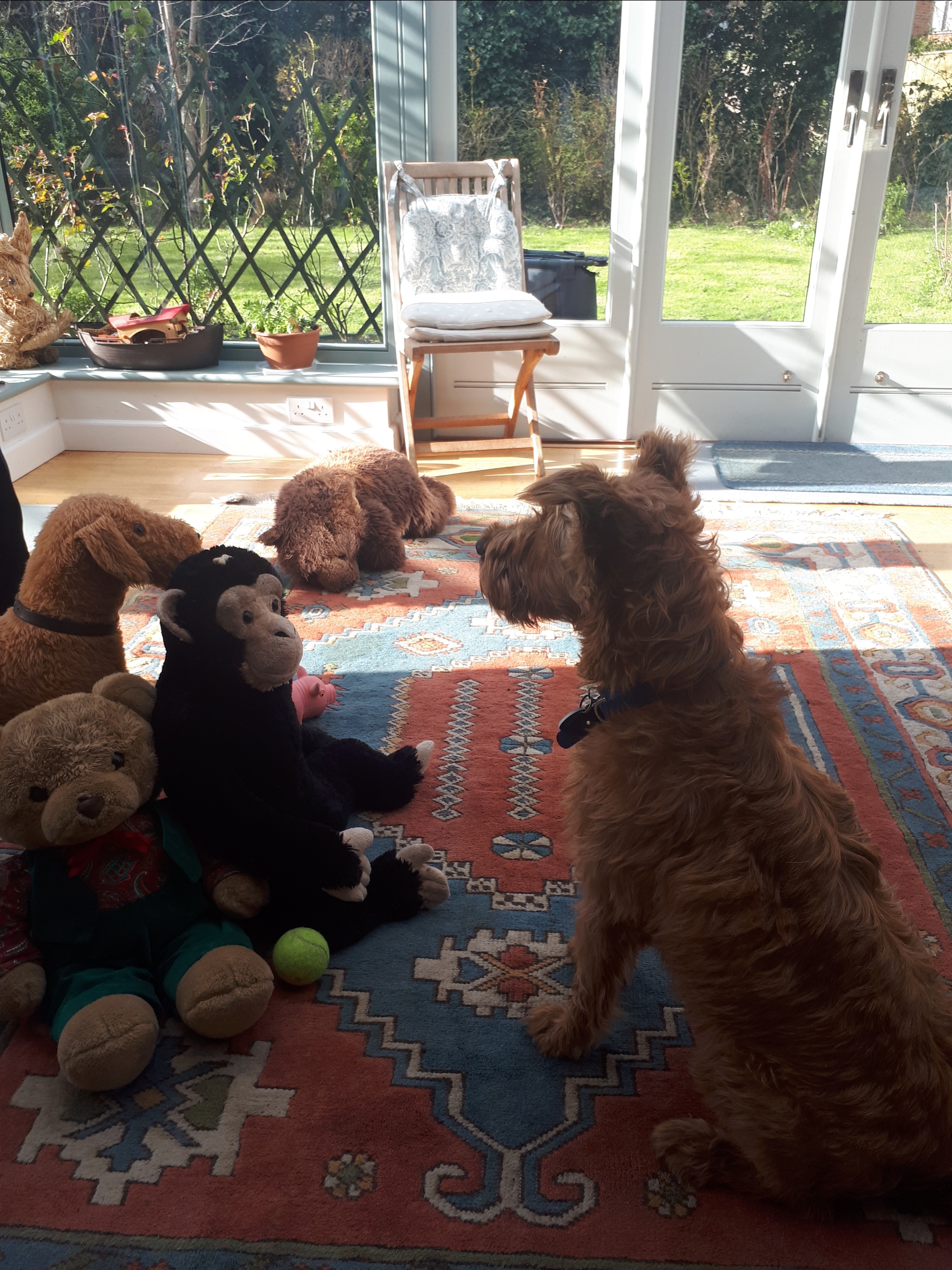 Anyway I am in better shape when last year even if my left leg will never be ‘perfect’. I do miss my darling girls, they’ve all loved Stratford and the hotel and being ‘somewhere else’ and   especially the lovely walk along the river bank — but hey ho we can’t have it all forever!

They saw the suitcases and boxes of cards and calendars packed up and ready and are keeping a beady eye on me. Sadly my dear little canary Percy Grainger ( latterly Perciviata ) who transed , aged 14 into being a hen — laid an egg — if you remember. We had an awful journey back from London on the day they closed the  M3 and the M27 at the crucial junction. I’d taken the birds with me and we were hours finding our way through the back streets of Southampton . It was a nightmare and I think it was just too much for her. She died tucked up in her seed pot that night. Poor Biggles was very quiet for several days , but is bouncing around again and beginning to practise, one note at the time , his song of spring. 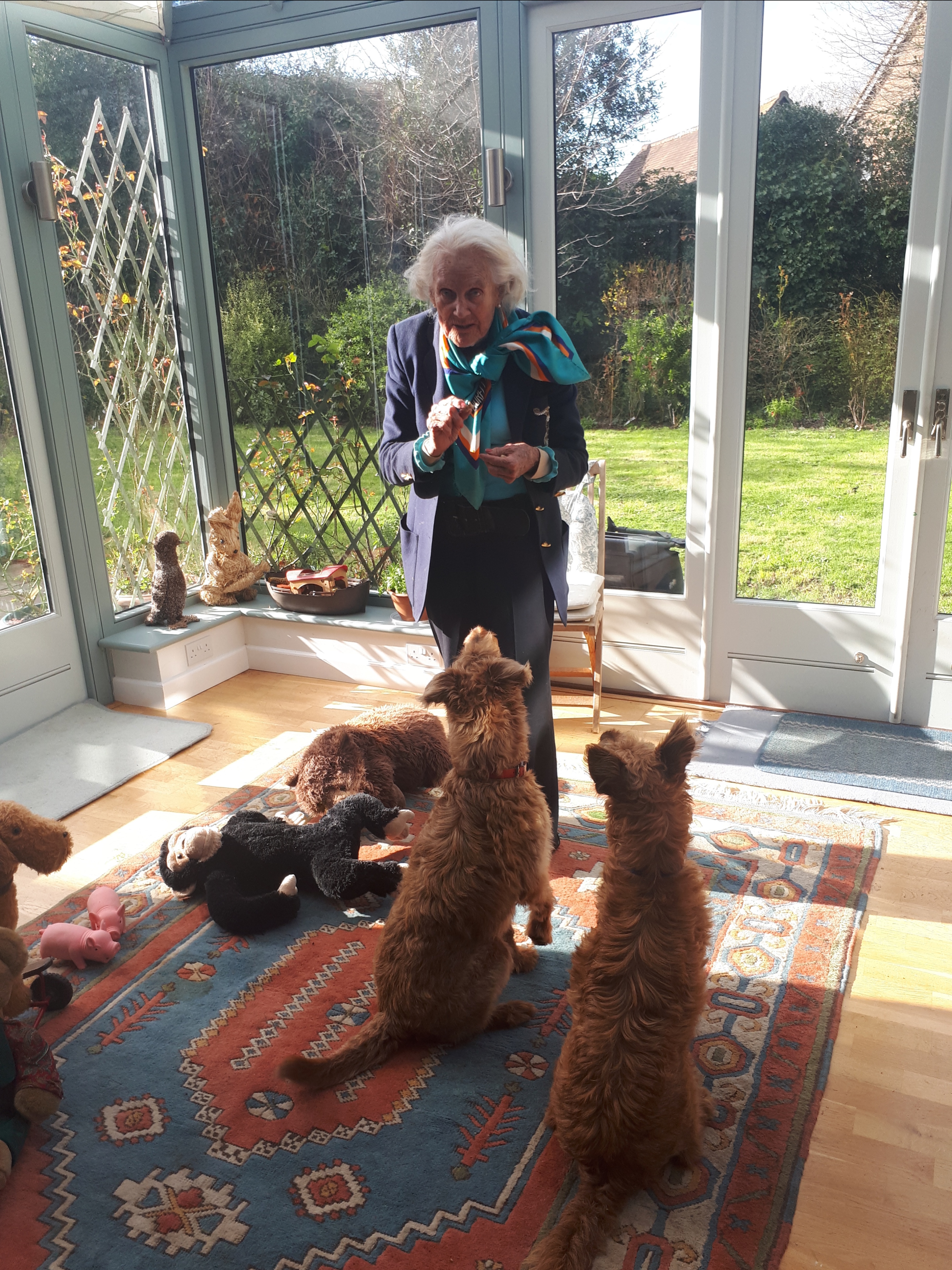 Libbs and Marybell are full of beans I can’t believe that Libbs will be 8 next month. She was a Jubilee Babe and rode in the childrens old pram at the this street party in London. I can’t think how such a wild, wilfull pup (Ann Bradly called her “a very demanding even at 5 weeks”) has grown into the kindest most patient, generous girl I have ever known. Yes I know she is a wicked flirt and love storming dances are embarrassing, but she doesn’t have a bad bone and she is Marybell’s life and soul. 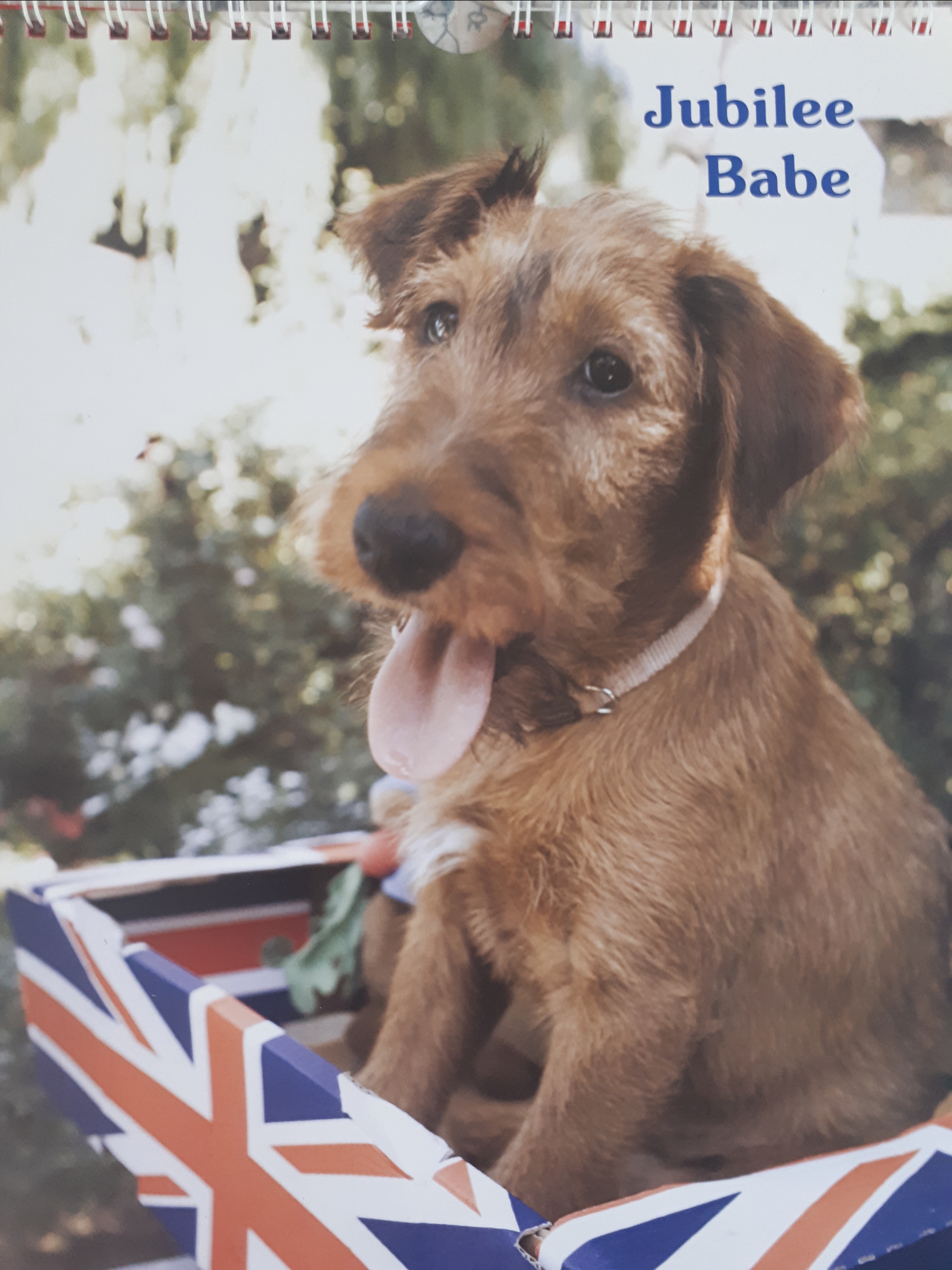 Miss  MaryB had her innoculation boosters last week and because we were almost late I left Libbs in the car. It was a mistake as M Bell lost her nerve completely. She wouldn’t even get on to the  scales and having her nails clipped was an impossible insult. Her shrieks had the nurse running to the rescue. I had no idea she was so dependent on Libby, but Marie ( the dog walker) says she never leaves her side when they’re out in the forest together.

Marybell is becoming quite stunt queen — she can pick out her toys by name and I say ‘pink piggies’ she looks dismayed . She even recognises Nursery Rhymes — Humpty Dumpty is  a favourite and she knows exactly when to leap in the air for the ‘great fall ‘.

I really must stop — but think of us at Crufts this week. I can’t imagine that it will be the  huge success we had last year but we’ll do our best. Pray for fine weather — the floods have been so terrible, but the spring flowers are out  and my most beloved  are the bright little Celandine. They don’t make quite the same shout as the daffodils, but they are exquisite like stars on the grass. 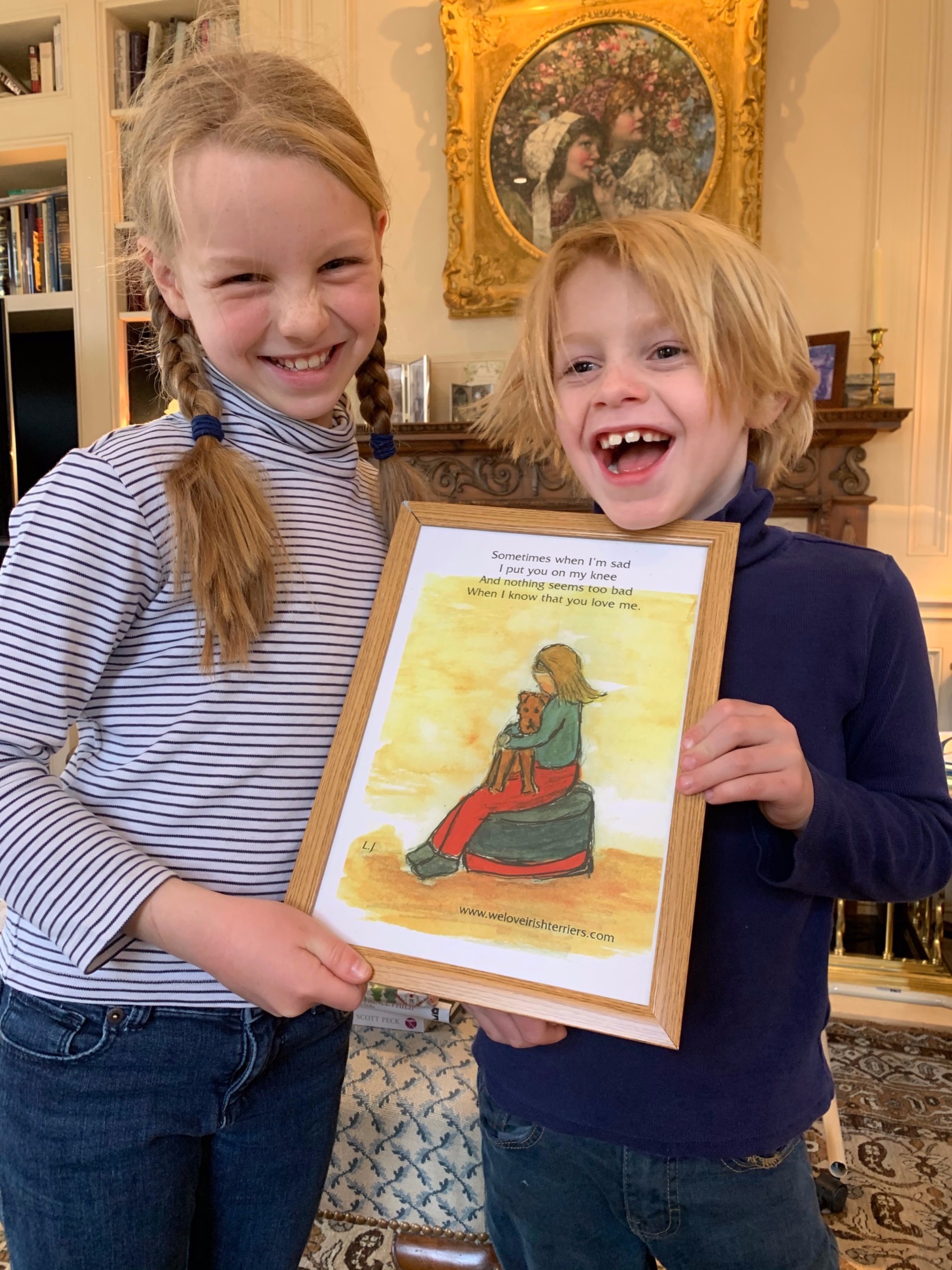 Many greetings and my love to the dogs,